Prof. Linda Partridge has been Weldon Professor of Biometry at University College London (UCL) since 1994 where she is also the Director of the Institute of Healthy Ageing, a role she has held since 2007. In 2008, she was appointed as one of three founding Directors of the new Max Planck Institute for Biology of Ageing in Cologne, Germany. She was educated at the University of Oxford, UK, where she studied Zoology. She pursued her career as a post-doc at the University of York, UK, where she focussed on the behavioural and morphological aspects of bird research. Moving to Edinburgh University as a lecturer and then Professor of Evolutionary Biology, she extended her scientific interests to mechanistic evolutionary aspects and additional models for research, i.e. Drosophila melanogaster. She has since focussed her work on the biology of ageing – an area in which she has made significant contributions.

Discovery of genes and mechanisms that determine the rate of ageing.

Prof. Linda Partridge works on the biology of ageing. Her research is directed to understanding both how the rate of ageing evolves in nature and the mechanisms by which healthy lifespan can be extended in laboratory model organisms. Her work has focussed in particular on the role of nutrient-sensing pathways, such as the insulin/insulin-like growth factor signalling pathway, and on dietary restriction. She is the recipient of numerous awards including the Royal Society Croonian Lecture and a DBE for services to science both in 2009. She is also a Fellow of the Royal Society, the Academy of Medical Sciences, the European Academy of Sciences and the American Academy of Arts and Sciences as well as a founding ­director of the Max Planck Institute for Biology of Ageing in Cologne and a Director of the UCL Institute of Healthy Ageing in London.

Her current research focuses on single gene mutations and environmental interventions, such as diet, that can extend healthy lifespan and protect against ageing-associated diseases in laboratory animals. She is also interested in translating these findings into novel interventions and new therapies to improve human health during ageing. 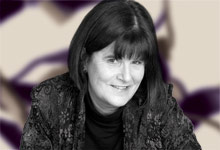 The TOR inhibitor rapamycin extends lifespan in Drosophila by inhibiting activity of the S6 kinase and increasing autophagy.