“The translation of molecular findings ­requires a global systems approach”

Prof. Jens Brüning finished Medical School at the University of Cologne in 1992. His residency at the University Hospital Cologne in 1992-94 was followed by a post-doc in the laboratory of Prof. C. Ronald Kahn at Joslin ­Diabetes Center in Boston (MA) from 1994-96. In 1997, he continued his medical training in internal medicine and became an independent junior group leader in the Department for Internal Medicine at University of Cologne. In 2003, he obtained a tenured position at the Institute for Genetics and became head of the Department of Mouse Genetics and Metabolism. From 2006-08, he was Acting Director at the Institute for Genetics, University of ­Cologne.

Today, he is Director of the Max Planck Institute for ­Neurological Research, Cologne and the Coordinator of the Cologne Excellence Cluster “Cellular Stress ­Responses in Ageing-Associated Diseases“ (CECAD). In addition, he holds a Professorship of Genetics at the University of Cologne, is a Max Planck Fellow at the Max Planck Institute for Biology of Ageing in Cologne and the Director of the Center for Endocrinology, Diabetes and Preventive Medicine (ZEDP) at the University Hospital of Cologne.

The Brüning group has published a number of landmark studies in the field of molecular diabetes research using their groundbreaking expertise in mouse genetics. One of his group’s major breakthroughs was the detailed analysis of how the insulin receptor controls body weight and is involved in a fat metabolism disorder. His group also clarified why during obesity, pancreatic beta-cells excrete insufficient amounts of insulin. In addition, he also identified a population within hypothalamic neurons that regulates food intake and appetite for which insulin was identified as the major mediator. Brüning has received a wide array of prestigious awards including the Wilhelm-Vaillant Award in 2005, the Lesser-Loewe Award in 2006, the Wilhelm Gottfried ­Leibniz Award in 2007, the Minkowski Award of the European Asso­ciation for the Study of Diabetes in 2008 and the Ernst Jung Award in 2009.

Partial resistance thus seems to activate some insulin downstream mediators that are beneficial for lifespan extension, whereas severe resistance seems to affect additional pathways involved in life shortening (threshold pathway ­hypothesis). The underlying molecular basis for this paradox is currently unclear and requires quantitative time-resolved data and mathematical modelling in a systems approach to be better understood. 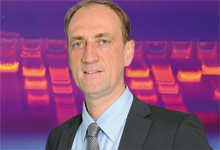