“Do the Loco-Motion:
neuronal networks in higher age”

Dr. Silvia Gruhn is currently leading a Junior Research Group of Computational Biology at the University of ­Cologne, affiliated with the Department of Animal Physiology. Her group aims at the mathematical representation, treatment and modelling of biological processes using applied mathematical techniques and tools like ­numerical analysis, computational neuroscience, nonlinear dynamical systems, as well as optimization and learning algorithms. In 2003, she received her Masters in Mathematics and Chemistry and in 2006, her PhD in ­Applied Mathematics both from the University of Cologne. From 2006-08, she was a postdoctoral research fellow in Computational Biology at the University of Pittsburgh (PA) and during this time received a Young Investigator Award at the International Conference on Complexity in Acute Illness (ICCAI). From 2008-09, she worked as an independent external consultant for the University of Pittsburgh Medical Center (PA). In May 2009, she was awarded an Emmy Noether junior research group leader position. In 2014 Dr. Gruhn was awarded with a Heisenberg-stipend by the DFG. She is currently concentrating on her Heisenberg projects.

The major focus of Gruhn’s work is on equation-based models of dynamic biological systems. Seminal work of her group led to a novel understanding of biological processes in motor control by using dynamic equation-based predictions. By mathematical modelling this group established a novel view on inter-segmental coordination during stick insect walking.

The Gruhn group focuses on better understanding neuronal network models, the coupling structure of their individual components, e.g. nonlinear oscillators, and the role of sensory information for the generation of coordinated rhythmic locomotor activity and movements. To this end, her group uses biological data from the stick insect to calibrate and validate these network models, which in turn are used to formulate new hypotheses that can be tested in the animal model.

Furthermore, here group uses electrophysiological data from the crayfish swimmeret system to describe and to test specific questions about the encoding mechanisms of the coordinating information between the oscillators. 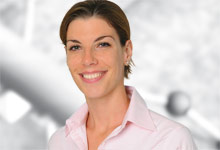 Schematic drawing of the organization of the principal sensory-to-central interactions in locomotor pattern generation.